In chapters 3 and 4 of Brueggemann’s The Prophetic Imagination, we are cautioned to not place faith in the false eternity of the royal imagination. Those in power will say all is well and will seek the backing of religious leaders to do so. In this episode, I examine the tendency of Americans to worship political parties and presidents from Brueggemann’s point of view, but I also offer a word of caution about Brueggemann’s approach. Is it possible to make God a public actor without what Brueggemann most fears–making God the right hand of earthly power rather than the other way around. I’ll have more to say about what’s in both chapters next week. … END_OF_DOCUMENT_TOKEN_TO_BE_REPLACED 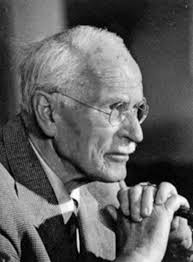 This is a segment of a longer article I wrote for Harbinger: Journal of Social Ecology that was published in October 2019. It’s entitled “Jordan Peterson, Carl Jung, and the Challenge for Social Ecology.” The first part of the article is a critique of the limitations of Peterson’s political stands, which will take about 10 minutes to read, but much of the article explores a comparison of the ideas of Social Ecology founder Murray Bookchin and psychologist Carl Jung. This segment is on Jung’s political ideas with a little help from some of Charles Taylor’s concepts. Reflecting on Peterson’s take on politics, we find that Carl Jung’s ideas on what causes ideological extremism is quite a bit more penetrating as he goes back to the Enlightenment and trends like industrialization and urbanization as the underlying causes of dangerous ideological movements, dehumanizing economics and overbearing governments. Here’s the link to the article. https://harbinger-journal.com/issue-1/jordan-peterson-carl-jung-and-the-challenge-for-social-ecology/ … END_OF_DOCUMENT_TOKEN_TO_BE_REPLACED

Harbinger, the journal of the Institute for Social Ecology, has re-launched, and I aimed to be in the inaugural edition, which was recently published. The founder of social ecology was Murray Bookchin, and the Institute for Social Ecology carries on his legacy. While I do not fully agree with the ideas of either Social Ecology or Canadian psychologist and public intellectual Jordan Peterson, I resonate with some of the concerns of both positions. I thought it would be interesting to think about what would happen if the ideas of these two very different thinkers were put into dialogue with each other. Here is the result. … END_OF_DOCUMENT_TOKEN_TO_BE_REPLACED

In this second reading from Michael Oakeshott’s essay “On Being Conservative” we get into what counts as a true conservative disposition and what does not. Two aspects of contemporary conservatism are questioned–the desire for rapid and ongoing change, supposedly for the better, and a sentimental nostalgia for an idealized past. … END_OF_DOCUMENT_TOKEN_TO_BE_REPLACED 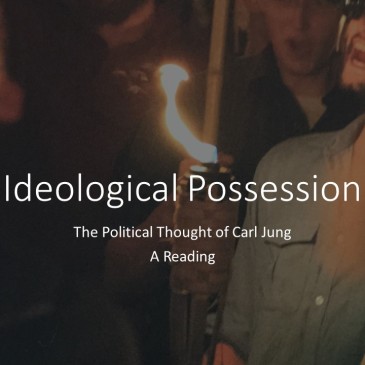 In this section of the book, I explain Carl Jung’s view that 20th Century ideological extremism is in part a reaction to the dehumanizing effects of industrialization and urbanization. … END_OF_DOCUMENT_TOKEN_TO_BE_REPLACED

From Jung, After the Catastrophe: “Thanks to industrialization, large portions of the population were up-rooted and were herded together in large centres. This new form of existence—with its mass psychology and social dependence on the fluctuations of markets and wages—produced an individual who was unstable, insecure, and suggestible. He was aware that his life depended on boards of directors and captains of industry, and he supposed, rightly or wrongly, that they were chiefly motivated by financial interests. He knew that, no matter how conscientiously he worked, he could still fall a victim at any moment to economic changes which were utterly beyond his control. And there was nothing else for him to rely on.” … END_OF_DOCUMENT_TOKEN_TO_BE_REPLACED

Ideological Possession and the Rise of the New Right: The Political Thought of Carl Jung is my latest book. … END_OF_DOCUMENT_TOKEN_TO_BE_REPLACED